FREE Shipping and NO TAX in February!

Most items ship free of charge regardless of order size. No sales taxes charged on most items we carry. 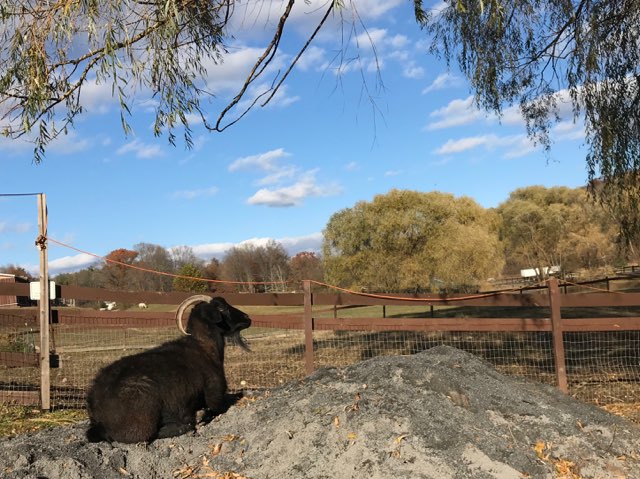 We visited the Catskill Animal Sanctuary in New York last weekend. It was a great way to learn all about the farm industry and to give back.

The sanctuary is located about 2 hours North of NYC, right near Woodstock. It is a beautiful and magical ride through the rural areas of New York.

Catskill opened its doors in 2001 in New York’s Hudson Valley. It’s comprised of 148 acres. Kathy Stevens, the founder, established it as a place of refuge for farm animals rescued from cruelty, neglect and torture. It currently houses about 11 species of farm animals and 400 residents.

The grounds are beautiful and serene. You can tell that they take pride in keeping the sanctuary clean. Upon our arrival, we were greeted by some very curious and friendly goats. They are free to roam the premises during the day and just go about their business.

The tour started on time. Our guide was very knowledgeable and passionate about animal rights. She explained that the sanctuary promotes a vegan lifestyle out of respect for all life. We met the most rehabilitated animals that are able to trust humans again. 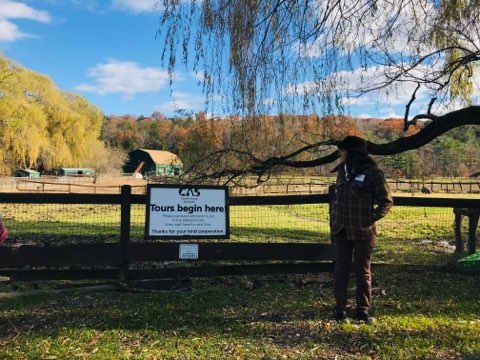 I was also shocked to see how much space the animals had to roam. Whenever I think of farm animals, I picture them in cages, so I was very happy to see them in large areas. 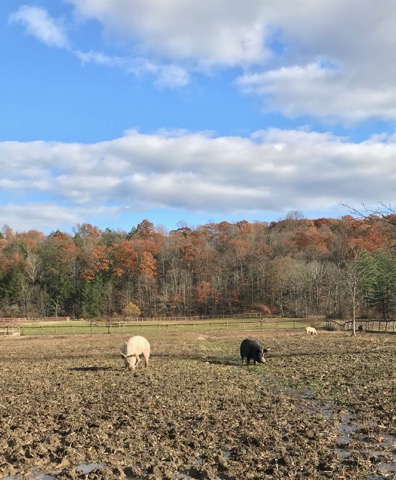 The cows were grazing around and had a lot of land to frolic in. Most of the cows were dairy cows earlier in their lives and were going to be disposed of. She explained how cows are repeatedly raped with metal rods, so they can produce milk for years. Once the calf is born, the workers immediately take the babies away. The mother cow will not release the milk if the baby calf is around, so a nurturing mother is useless to a dairy farm. They cows are then milked by machines for years until they collapse from exhaustion and are taken to the slaughterhouse. Most of the milk has puss and blood in it and the factories fix this issue by simply whitening it and adding tons of sugars to mask the taste.

Our tour guide explained that the animal industry takes no prisoners and treats its human workers as horrendously as the animals. Most workers are immigrants and simply have no other choice, so they get exploited heavily. A ton of them suffer from PTSD, alcoholism and mental illnesses as a result of their line of work.

We saw a lot of abused horses with terrible leg problems. Several of them were racing horses – only to be neglected once they passed their prime. They were such sweet creatures and came up to us to be petted. 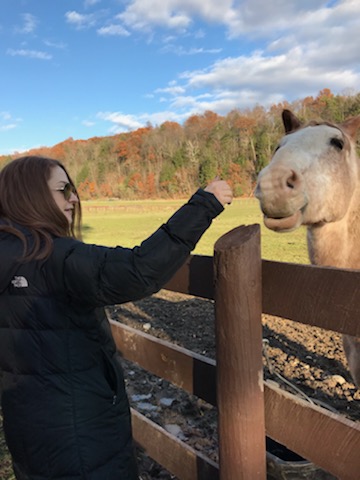 Sheep freely roamed the premises and were a joy to be around. They were very cute and shy. We learned about how cruel the wool industry is. The sheep are quickly and violently sheared and disposed of, once they are no longer needed. Humans bred wool sheep to grow wool infinitely without shedding. The wool sheep we see today will die if they are not sheared. Wool sheep are not found in nature and are the byproduct of mankind’s love of clothes and disregard of other forms of life. 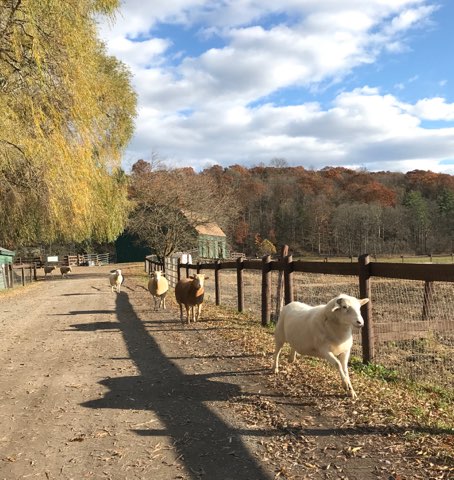 Our visit to Catskill was extremely educational and hopeful. We were honored to be surrounded by animals who found a way to be at peace after living such tragic lives. It reminded us that all animals, even the non-human kind, want food, love and shelter. Our trip reminded us to be compassionate and to be mindful of what we put into our bodies…to be grateful for what we have, and to be kind to every kind.

For more information on the Catskill Animal Sanctuary, click here! 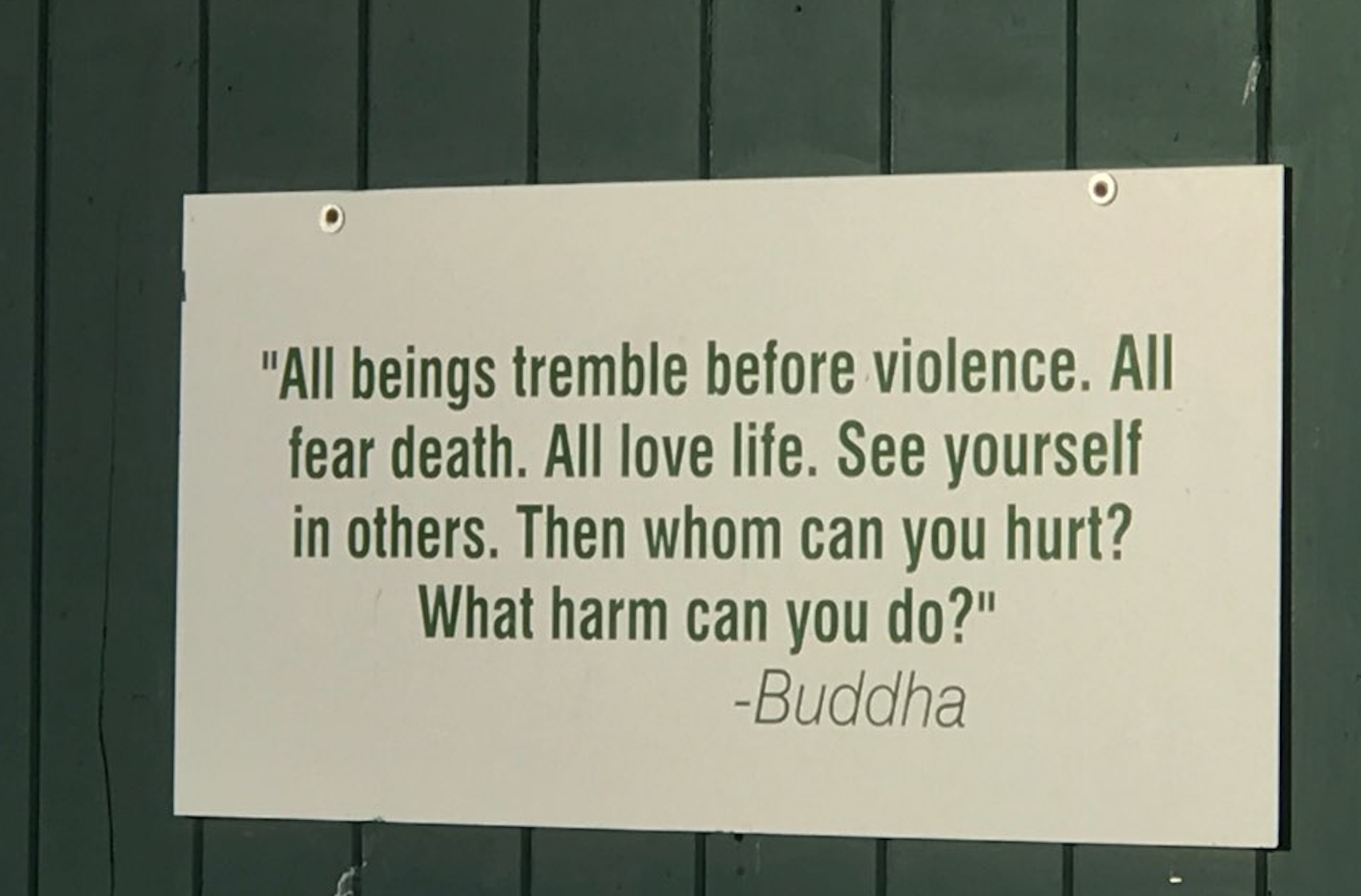